my say on the Racing for Change initiatives

I like to rant about racing issues, so it's about time I had a crack at British racing's Racing For Change.

Here are the points listed as part of the Racing for Change initiatives with my comments inserted:

-Trial of decimal odds at several race meetings over one weekend in spring 2010.
I think this is more to do with the failing education system than racing's problem, but I see their point. But going to 1.5/1 instead of 6/4 is a waste of time. If you're going to change, do it properly and go to proper decimals - the Betfair/Australian bookies way (2.5). One state of Australia went to decimalised fractions (18/10 etc) on its own and it had zero effect. They all ended up going to proper decimal odds in the late 90s.

BUT Australia had a key reason to switch - the totes had taken over and the younger generation were more accustomed to seeing tote odds broadcast on the TV or in the paper. The Tote is almost a non-entity in the UK. I doubt it will make a difference at all - educating punters in general might be a better idea. One weekend will struggle to make a difference.

-Funded media training for jockeys and trainers, together with an appearance fee budget set aside for non-racing media work.
Agree with this, but there should also be penalties for industry participants who refuse to do their bit to promote the sport.

-All jockeys and trainers to be listed on race cards by their first names and surnames.
Nice idea but impractical. Newspapers won't print them and does it really matter anyway? Try paying for more space in the paper to show more than just the fields, especially the night before. Give the punter a chance to do some homework, not all of us can get up at the crack of dawn to do the form for today's racing.

-The outcome of photo finishes to be displayed on screen at the same moment as the judge's announcement. Saddlecloth numbers will be larger to improve visibility.
Why wait that long - why not have them on the screen while the horses are pulling up like in Australia? Digital cameras are easy to put on the broadcast, and it should also remove the horrendous blunders from judges like Jane Stickels awarding the race to the wrong horse and robbing punters (and bookies who end up paying both results). Anything that makes it easier to identify your horse better is a positive.

-Race names to be simplified and racecourse announcements to be modernised.
Drop the sponsor's name and there goes the investment. Some of the long ones can be dropped sure (Bet on Live Cricket at Betdaq Handicap) etc, but it won't work with valuable races.

Changing racecourse announcements is giving in to the drunken summer racegoer. Every industry has its terminology, racing should not be embarrassed by its dialect. 'Weighing in' is not unique to racing, it has a place in other sports too - e.g. boxing. Others just need a little explanation.

Why not give away the racebook to all patrons with explanations of all the terms? UK racebooks are hopeless - there is zero form in there anyway just a comment from some guy you are meant to trust blindly. How about some cold hard numbers so people can make up their own minds?

-On-course bookmakers encouraged to offer standard each way terms and enhanced customer service via agreed minimum service standards.
How about forcing them all to modernise to digital boards instead of some dinosaurs still using crayon and perspex board? Instead of forcing them to offer standard each-way terms which they claim to lose money on automatically, how about letting them offer separate win and place markets? After all, most of them simply follow Betfair anyway, this would give them the ability to standardise terms.

-Racecourse initiatives to improve the enjoyment and understanding of a day at the races for both new and regular racegoers, linked to a new independent quality assessment scheme.
Independent quality assessment scheme recommended by overpaid consultants sounds very expensive. David Ashforth's series of visiting every racetrack in the UK and Ireland in the Racing Post has done most of it for them already.

-The establishment of a new free membership club for younger adults that will offer discounted admission to many racecourses and shares in several racehorses.
See the Timeform Betfair Racing Club - already up and running, and there are probably others. Anything which takes the attention away from alcohol and onto enjoying the racing has to be worth looking at.

-A new website launched to promote horse racing to new and novice customers.
Can't see this doing much for the industry unless a massive amount is spent on promoting it via TV, radio, newspapers and online media.

-A central PR campaign from January to promote racing more effectively to a wider audience.
Maybe, but can still see it being marginalised.

How about a few others?

Invest in a reality TV series about the racing industry, such as Jockeys which ran in the US and launched the stunning Chantal Sutherland into the spotlight. The UK, Ireland and perhaps even France have enough interesting people in the sport to build a profile. It mightn't rate like Spooks, but if Ice Road Truckers can get viewers, surely a racing reality show could? The US industry is trying again with another style of show 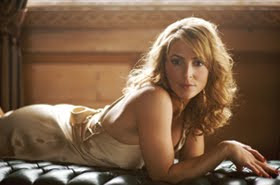 Let the central racing body take care of race times. It is ridiculous that so many races go off at the same time, and that races can only start at times ending in 5 or 0. Off-course bookies hate it as they get a mad rush, and then the races in between are often less popular. If the industry wants to maximise betting turnover so they can receive better returns from the betting industry, then they need to address issues like this one.

Programming by geography - it's not rare to see three race meetings in the one day in the Home Counties while patrons up north can't find a meeting within a three-hour drive.

Focus on the good of racing in the non-industry media. If you ask most non-racing people about the sport, they'll say it's crooked because of the hysteria in the press about the Fallon case and other scandals. McCoy's 3000th winner, Denman winning another Hennessy giving at least a stone in weight, Sea The Stars winning everything in sight, Hayley Turner recovering from a serious head injury, famous names such as Sir Alex Ferguson and Andrew Lloyd Webber owning star horses etc are mostly ignored by the mainstream media.

Create some quality flat races for 4yos so that our star juveniles aren't rushed off to stud so early. Sea The Stars would never stay in training, but there will be plenty of last year's 3yos who couldn't get close to him who have been retired as well. Stars with appeal to the new racegoer have longevity.

Serve some real food in the public areas of racecourses rather than burgers and fried junk, and don't let vendors charge extortionate prices for it. It's not 1983 anymore, the health and tastes of the world have progressed.

Punters' clubs. Organise a syndicate where patrons can buy £20 shares and have bets placed in the big pools such as the Scoop6 by media personalities or pro punters. It has been popular in Australia, I've not heard of it in the UK. On big rollover days for the Scoop6, so many people would love to join a syndicate with a chance of winning, but they don't know how to get involved. Put some interesting people in charge of it like Zoey Bird and Dave Nevison, and it will attract people through the gate.

Piggy-back on the interest of high-profile sporting figure owners such as Michael Owen, Sir Alex Ferguson etc with family days, meet the players etc (assuming football fans can avoid fighting for a day).

Promote the Tote at every opportunity. The Tote generates the biggest return for the industry, it has the headline-grabbing jackpot pools on the Scoop6 and could do a lot better. I find it remarkable that its single race pools are so poor, especially exotics such as trifectas - these are huge overseas. Trifectas on big handicap races have the potential for huge payouts. Decimalisation will help its cause indirectly and it won't be sold anytime soon, no matter how desperate Gordon Brown is to save his arse at the ballot box.

Find a way to dilute the power of the rich (mostly Arab) owners. Nothing against them, they do wonders for flat racing, but they do alienate most small owners who can't compete against their wealth. Aus racing has country cups, restricted to horses who race on the smaller tracks, or trainers who operate away from the big training venues. Perhaps a series of decent value races could be created for syndicated horses, or owners with less than 10 horses. Give the little guy more of a go.

That will do for me, they can pay me if they want any more ideas :) Feel free to add your own ideas or slag mine off below, but at least try to be constructive please.

We're back again for the greatest race on turf, the world's richest staying race and the only race in the world which creates a public holiday for millions of locals.


Once again a fine international field has been assembled and it's worth a deep look at the race. So get a cuppa and find a comfortable seat to plough your way through my preview!

Last year's impressive winner who doesn't get the 3yo weight advantage this time. Won first up at Meydan in March but has run fourth, third, fourth in the big set weights staying races in England and Ireland, never quite making it as the next big staying star. While running close behind Stradivar…
1 comment
Read more

hope for investors in the Centaur scandal?

In a breaking story, it has been reported that directors of the failed sports investment fund Centaur have had their assets frozen in order to repay investors. It is believed that managing director Keith Sobey skipped town trying to avoid prosecution however he either naively thought Ireland was a safe enough place to hide or had a lingering feeling of guilt and sat waiting for that knock on the door.

Sobey, the name behind Centaur (read the original story here), is believed to own four houses, worth more in total than the missing £1.6m. His willingness to sell them to repay investors is likely to keep the matter out of the courts, and at least one other director, Andrew Cork, will apparently follow suit.

All this adds weight to anecdotal evidence that the collapse of the fund came down to mismanagement rather than fraudulent deeds. As costs grew (why would you set up a training academy in central London?), margins evaporated and keeping the business afloat went through money like a…
16 comments
Read more