the horror of the Queensland floods

Please donate to the Official Qld Govt Floods appeal, and/or support any fundraising events being arranged around the world. 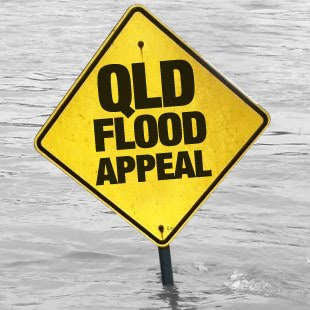 I must admit I underestimated the earlier stage of the Queensland floods, with the misguided logic that few people lived in most of the places affected. Now the rain belts have moved south and it's disastrous. The sheer volume of water set to flow down the Brisbane River is impossible to grasp - twice the size of Sydney harbour, down a river which is quite narrow in places.

Photos can't do justice to the Qld floods, look at the speed of the water & where the cars finished

And this is what is looked like before the rain 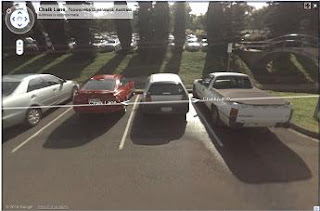 The Drift restaurant lives up to its name. Later news footage showed the platform still floating, but virtually destroyed.

Toowoomba and Ipswich have seen the worst of it, but Brisbane has a few hours left before the river is expected to peak. Thankfully my friends and family there live on higher ground, but this is the low end of my brother's street... 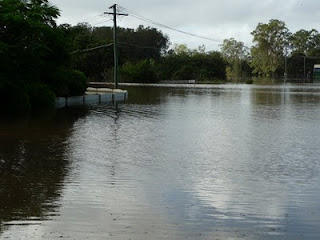 The full extent of the damage won't be known for several days. So many people are missing, it won't be until the waters subside that bodies can be found. The chief steward of the Toowoomba Race Club is reported to be one of those missing.

Humour is not lost on Queenslanders at the time they need it most. This is the bronze statue of rugby league legend Wally Lewis, outside Suncorp Stadium, which is about 2m deep inside the stadium. 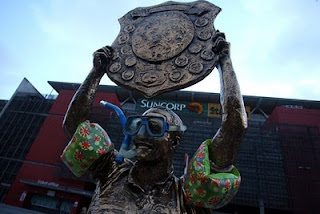