A tremendous weekend of racing ahead, spread around the globe, and headlined by the AUS$1m Group 1 Blue Diamond Stakes at Caulfield. I'll have a full preview of the race available tomorrow, but to provide some background on the race, here's some historical analysis from the experts at Premium Punting. You can read more of their work via @PremiumPunting.

In what looms as the most fascinating race of the Melbourne autumn carnival, the battle between top 2YOs Rubick and Earthquake will cause debate between racing fans.

Although our early opinion is not yet decided, below is some historical analysis which could help identify which winning patterns could be correlated to one of the two undefeated horses.

Below is a table of the last 15 winners with some relevant statistics that can be analysed: 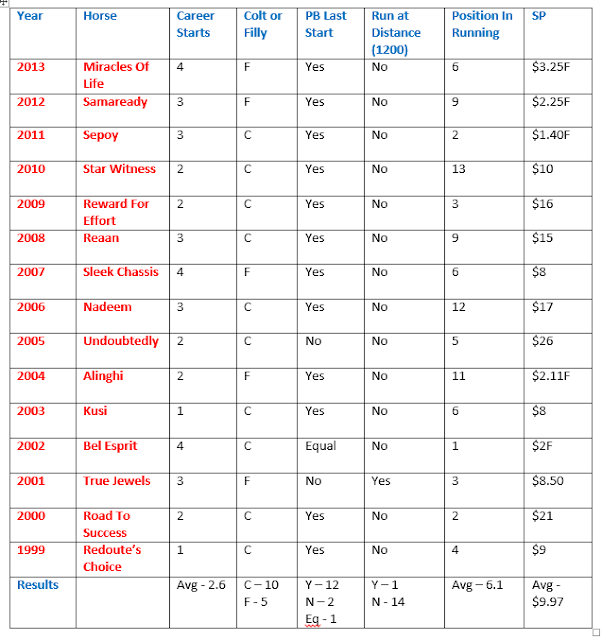 Some key points that can be brought out of this include:

10/15 were from the colts division
12/15 had a PB rating last start
As expected, majority of winners hadn’t had a run at 1200m beforehand
Average position in running (PIR) is around midfield

Visit the PremiumPunting website on Friday for their extensive analysis...