Been a long time since I've written one of these, didn't realise it had been quite so long! I'll have to keep commentary relatively brief or this could become very long...

Starting off with the freshest news...

TABCorp are in the Australian news today for all the wrong reasons. There had been articles of AUSTRAC (Australian Transaction Reports and Analysis Centre - anti-money laundering) investigating the company, and then this story broke in The Age today.

The revelations come as the ASX-listed company is facing a landmark Federal Court action by government financial watchdog Austrac over allegations it has routinely flouted anti-money laundering regulations by failing to report suspicious transactions.

A Sunday Age investigation has found major security flaws with Tabcorp's betting system that enable customers to open anonymous accounts that can be used by criminals to store funds and transfer money around the country.

In a test of the integrity of the Tabcorp system, The Sunday Age opened two fake betting accounts using only basic personal information found on social media websites.
Tabcorp required no independent identity verification and money could be deposited and withdrawn from the accounts immediately, effectively circumventing Australia's anti-money laundering regulations.

The surprise here is that it's taken them that long to work it out. I had mates depositing money in my TAB phone account in the early 90s to participate in a betting syndicate. It would not have been difficult to let them withdraw from that account too. Looks like TABCorp's policies haven't kept up with financial regulations. You certainly couldn't do that with betting operators who only exist online.

Plenty going on in this sector of late. The biggest of them all is the Ladbrokes and Coral merger proposal.

It's important to remember it is only an agreement between the two firms to push ahead with a merger, it still has to pass through the Competition and Markets Authority (CMA) for approval. A lot has changed in the betting industry since 1998 when they first tried this. The switch to online and mobile, plus the rise of firms such as Bet365, Betfair and Paddy Power has changed the landscape - it's not just about retail anymore. The CMA is expected to approve the deal with the forced disposal up between 500-1000 shops. I'd be on the low side of that range. Shops on the block aren't specifically the worst performers, but those where local competition is affected.

Will it work? Who knows. William Hill are clear market leader in retail and Bet365 hold the advantage online. Both the aspiring merger firms trail behind in each platform. Can the union of two middle-of-the-road firms create a superpower? The jury is most certainly out.

The battle for Bwin

One of the original online giants, Bwin, is the subject of an intense bidding battle between 888 and GVC.

Ever since Bwin merged with Party Gaming in 2011, the company has seemingly been rudderless. The poker boom has gone, Bwin's presence in sports betting seems to have dissipated, now it's time to sell up to the highest bidder. 888 are the online casino giants, GVC are the owners of Sportingbet with an appetite for further acquisitions.

The only way this will affect regular sports punters is if they were taken over by a company who actually like to accept bets larger than the average kid in high school.

(They'd be mad to sell, just look at what has happened to racing in SA and Tasmania since their state governments each sold off the golden goose)

This would make it the largest country in the world with legalised betting, so it's a pretty big deal.

Australian authorities don't have a clue whether the online live betting ban applies to Click to Call apps or not.

The legislation states that a voice call must be made over a standard telephone service, which might has well have been written in the 60s (it was actually 2001). How many households don't have a landline anymore? Does a mobile phone constitute a 'standard' telephone service? Skype, VOIP and such online apps and programmes certainly wouldn't, but that would cover a decent percentage of 'calls' these days.

The ridiculous part of this story was that the Australian authorities sent part of the investigation to Interpol, to look at any services hosted overseas. As if Interpol have nothing better to do than police stupid, ill-thought out, business restrictive and discriminatory laws such as this one.

There is no 'punter protection' in this law as was initially proclaimed, it's just a ridiculous piece of legislation diverting attention away from the real gambling problem in Australian society, the pokies. 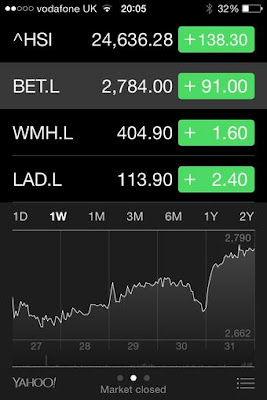 And still it goes up, despite how crap their apps are!

When the UK Point-of-Consumption tax came in late last year, numerous firms left the UK and closed accounts of UK residents, including Pinnacle, SBO and 12Bet. Foreign betting firms also decided it wasn't worth bothering with the POC tax for a handful of clients, so Sportsbet, the Australian TABs and a few others also locked out UK punters, making it harder again to get a decent bet on.

The Irish POC tax takes effect from this weekend. 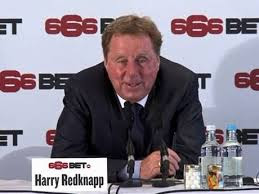 When it walks like a duck, quacks like a duck.... Some might argue it was a legitimate business but it always smelled a bit. When one of the company directors was arrested as part of a multi-million pound money laundering and VAT fraud investigation, its days were numbered. Surely if this was a rogue director and not a sign of the trustworthiness of the business, they could distance themselves from the said director and return to trading? At the Gambling Commission moved quickly on this one, unlike in the case of BetButler and Canbet.

Not only a rogue bookie based in Vanuatu, but also connected to every underworld figure in Australia. They couldn't build a barge pole long enough...

Known as administration or bankruptcy protection in other parts of the world, Ladbrokes' Irish business sounded in financial trouble. By the sound of the linked article, it sounded like the correct avenue to restructure the business and get out of some expensive leases. A lot of shops closed, other leases repudiated and landlords only getting a 19% dividend sounds like many of those deals were signed during the real estate boom. Boylesports were very keen to acquire some of their shops, and no doubt they'll be keen to look at any forced shop disposals in the UK if the merger goes ahead.

Gambling scams regularly pop up in the press. I recently highlighted the Proton Investment Fund scam in Australia, but it's got nothing on the disaster zone which was Michael McIndoe.

He told people he had a miracle investment scheme that paid 20 per cent interest per month on investments he was making in gold, stocks and London property. News of it ‘spread like wildfire’ across football in 2011, according to those involved, and McIndoe was inundated with requests to take players’ money.

One eye-witness describes an occasion when a middle-man acting for a consortium of Wolves players gave McIndoe more than a million pounds in cash in a single payment into his scheme.

Stars from Manchester United, Chelsea and Tottenham were also targeted, while England’s team hotel was infiltrated by McIndoe. Arsenal and England star Danny Welbeck met McIndoe for dinner when at United to hear about his scheme. ‘But Danny’s a smart guy and he didn’t touch it,’ a source said.

As the plan went awry, a third-party intermediary working with McIndoe suggested to one involved defender that he might be able to get his money back by manipulating some part of a game. ‘There was no way I’d ever get involved in match-fixing,’ the player says.

Another player, still active in League Two, has told the MoS — and also the police — that McIndoe asked him to fix elements of matches for financial reward as the Ponzi fell apart. ‘He tried to get me to throw matches,’ the player says. ‘He said he’d give me £10,000 to get sent off. I wasn’t interested.'

Still, he's got nothing on Bill Vlahos. Has he been arrested yet? Nope.

Nevada sportsbooks can finally take bets from companies rather than individuals

So syndicates and sports investment funds, here we come...

The relationship between defunct bookie BetED and Covers.com is too messy

Instant credibility destroyer if the story is correct. Completely missed this story at the time.

Betting increases viewing figures in the US according to academic study

The rest of the world will be saying 'No shit Sherlock'.

Skybet sold 80% of their business to a private equity firm

Makes sense, was always going to be a peripheral rather than core product under full Sky ownership.

No doubt I've missed more than a few stories, feel free to mention them in the comments and I'll update with another article.