After the runaway success of the inaugural Matchbook Traders Conference in October, the realisation of a dream I had several years ago after finding like minds who had a similar idea in mind, the sponsors are understandably keen to keep the momentum running with a series of smaller events.

One of the topics which struck a chord with many in the audience was Programming in R. The conference session, Intro to R, was delivered by Tom Heslop, @UTVilla, a self-taught R programmer, and there was plenty of feedback wanting to take that knowledge to a higher level. 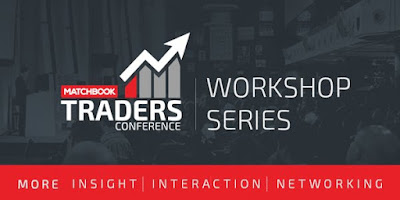 The first of the six series will be held this December 8th at the St. Ermin’s Hotel in Central London.

Workshop #1 - A Statistical Football Model in R lead by Luigi Colombo, the Head of the Quantitative Team at Smartodds.

Click here to Buy tickets to the one workshop, or for a reduced rate, pick up a series pass to all six workshops.