Welcome to the COVID version of Royal Ascot! And to fit perfectly with what a prick of a year it has been, they dish up an utter bastard of a handicap, a race they've added to the programme after a hiatus since 2014. Most sites and tipsters have gone for the easy option of focusing on the Group races, I'll take on the challenge of the handicap.
Interesting trivia - John Gosden won the very first one in 2002 and has a big chance of winning the 'first' edition of the second spell. David O'Meara won the last running with Louis The Pious and has two or three shots to go 'back-to-back'. Other current trainers with a chance of winning it again are Kevin Ryan (2006 and 2013), Jamie Osborne (2010) and Roger Varian (2012 - yes, he's been training for that long!).
Similarly with jockeys: the only previous winners are Silvester de Sousa won in 2014, Martin Dwyer in 2011.
Previously it was worth £100k, but it's down on the minimum for this year.
And possibly most notably, the meeting kicks off at 1.15 rather than ridiculous 2.30 after the in-bred freeloaders have had their horsey ride down the green carpet. More of this please.
First race of the Festival, watch for the bookies to go crazy with the offers - extra place terms, taking on the favourite etc. Spend wisely. 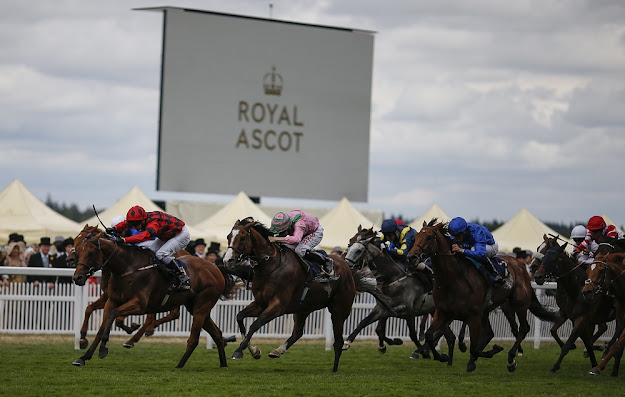