A bizarre edition of the Irish Derby this year being a victim of the Covid crisis and the major reshuffling of the Flat fixture list. It precedes the English equivalent, the traditional build-up has either been compressed, removed or comes rather close to this race so you'll have to be concerned about the quick back-up, and only three horses have won a Group or Listed race to date. Big scope for improvement throughout, and any of the stable stars from the big guns are likely to be going to Epsom or Longchamp instead.
Of the 15 declared runners, only five don't have "O'Brien" listed as trainer. Six for Aidan, three for Joseph and one for young Donnacha. And as we saw last year with Sovereign at 33/1, not being top of the jockey bookings doesn't instantly rule a line through any of their chances. 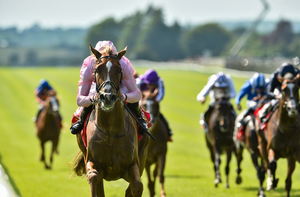