With thunderstorms predicted for Ascot, the predicted volume of rain could make a mockery of any detailed preview so I've opted for just the summary today. 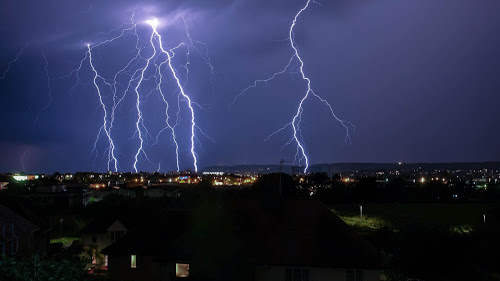 Golden Gates
Yet another thorny handicap to start the day, this time with the threat of thunderstorms hanging over us. Maori Knight is scheduled to go up 6lb after a narrow second at Haydock 11 days ago and looks well suited here. The biggest doubt hangs over the form of his trainer, with Richard Hughes not setting the world on fire since lockdown. Higher up the weights, Hypothetical has shown plenty of ability in two starts to date, and Acquitted was only beaten by G1-bound Palace Pier last time at Newcastle.
Wolferton
In every start beyond his first two, Regal Reality has raced in Group company and acquitted himself well, only disappointing (beaten 10.5L) in the Champion Stakes in October. Earlier in 2019, he'd gotten within 3L of Enable in the G1 Eclipse and 4L of Japan in the G1 Juddmonte International.  He's at least 3lb clear of the field on official ratings, and a return to anything near his best will see him go very close. The lightly raced Fox Tal finished fourth in the aforementioned Champion Stakes and is still improving.
Jersey
Favourite King Leonidas is undefeated in two starts and looked mighty impressive bolting in at Newmarket 11 days ago. A high cruising speed and a standside draw looks the perfect blueprint to win this. Lord of the Lodge is the stable star for Karl Burke who ran a close second to Threat in the Gimcrack last season. This is easier and right up his alley.
Chesham
Battleground is bred to be a superstar, being by War Front out of the mighty mare Found, and looked promising on debut, running on from near last to finish fifth at Naas over 6f, after starting slowly from a wide gate. He'll have learned plenty from that and now has Ryan Moore aboard. First Prophet for Charlie Fellowes impressed at Newbury and has further upside.
Gold Cup
Probably the race which depends most of the forecast rain. Stradivarius isn't a big fan of soft going, Technician wants to see the heavens open for hours. Can't play this one without a clearer view of the weather throughout the day.
Britannia
Always a tough race to unravel, and the race I'd have looked at in detail if it wasn't for the worry about the rain. Khaloosy showed serious gears in a facile win on the AW last year and has the week's hottest jockey, Jim Crowley, aboard. Linked to that formline through the runnerup is Starcat, who finished seventh in the 2000 Guineas on resuming. The negative for him is being drawn the far rail. Finest Sound recorded placings behind Palace Pier and Kinross as a 2yo, and then bolted in at Haydock to start his 3yo career, after wind surgery during the break. He's due to go up another 7lb next week so he's at a considerable advantage here.
Sandringham
The wraps are big for Soffika, a Sir Michael Stoute-trained 3yo in a handicap, traditionally a rather profitable system. At her second start, she finished second in a Group 3, against a few fillies who have gone onto lofty marks. African Dream conceded 7lb to a filly rated 26lb higher than her last time and went down by a nose. She avoided the immediate penalty for that defeat but will go up 16lb next week, which could leave us thinking she was a weight certainty after this race...
It looks like quite a decent betting day BUT play it safe and wait until late to commit in case that weather really does change. Best of the day, Khaloosy folllowed by King Leonidas.