Another major racing festival unfortunately robbed of the crowds and the atmosphere, but soon enough we'll be over this, or at least a bit more relaxed. Fingers crossed the racing can focus on the very best of jumping and runners & riders all get home safely. 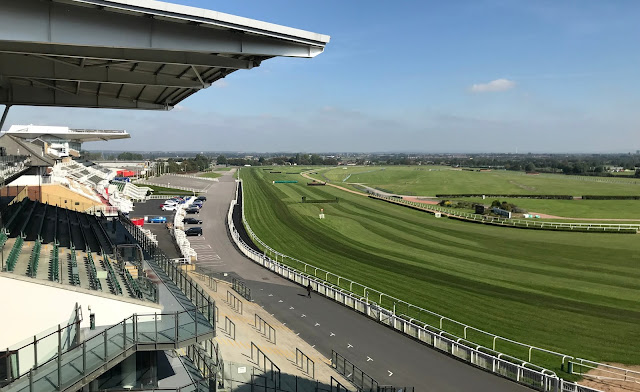 A very competitive little race to kick off the Aintree Festival, with even the roughie Phoenix Way having some hope (bled last time when he faced Eldorado Allen and Hitman). Starting with Cheltenham form, Eldorado Allen ran second to Shishkin in the Arkle while Fusil Raffles took silver against Chantry House in the Marsh after Envoi Allen fell early. The Shunter was the handicap snip at the bottom of the weights in the Paddy Power Plate but goes up to Grade 1 company here and will run in the colours of JP McManus who bought him on Wednesday. Umbrigado won the Greatwood just before the Festival while Hitman is the most lightly raced runner with seemingly plenty of scope ahead of him. The key to his form is the Henry VIII Novices Chase back in December when he tested Allmankind and finished well ahead of Eldorado Allen. Ignore his fall in the heavy next time out and the win at 1/7 in a three-horse field was little more than a paid track gallop. He's entitled to start favourite here. The same owners also run Protektorat who has had a wind op after two disappointing runs, his best would be very competitive here.

This should be a two-horse race between Adagio who finished second in the Triumph and Monmiral, the undefeated French-bred gelding who also runs for the same connections as the tip in the previous race. Official ratings and RPRs can't split them, I'll lean to Monmiral for Sir Alex Ferguson and his cohorts to have a big start to the day, on the basis that he's had a lighter season to date - ignoring the trend for 15 of the last 17 winners having come through Cheltenham. John Locke was handy on the Flat and looks to have a decent future over obstacles, but he's run into hot opposition here.

Clan des Obeaux is the early favourite here, another one part-owned by Sir Alex Ferguson (although with different co-owners this time) in what looks like a bit of a plan by Paul Nicholls. It might have been with the other two but Clan just doesn't perform at Cheltenham. But he's had two previous attempts at this race and come up short both times (to Kemboy and Might Bite) and there's no compelling reason to think he's better at the age of nine. But... does he need to be? As much as people, including me, were writing off the champion, Tiger Roll bolted up in the Cross Country Chase at Cheltenham, as he had preceding his two National wins. We know he loves the National course at Aintree but how does he go back over regular fences? He hasn't raced over a standard Chase fence for three and a half years! The trends favour the old boy Native River, having been placed in the top four last time out in the Gold Cup. He has won two from three at Aintree (and over these fences), with the only loss coming in December when the final three fences were omitted due to low sun, reducing his advantage of sustained quality jumping.

An excellent contest with many chances and all bar three skipped Cheltenham. I must confess the favourite Jason the Militant is one who has escaped me, a lightly raced Irish raider from the Henry de Bromhead stable. He won a G3 at Fairyhouse easily last time out, comfortably beating Petit Mouchoir by 7.5L (also giving away 9lbs), who then went out and ran second to Belfast Banter (yes, I will probably keep subtly mentioning tipping that one until I die) as topweight in the County Hurdle. Back in November, Jason the Militant was narrowly beaten by Abacadabras at level weights in the G1 Morgiana at Punchestown. The latter has since been beaten up a bit in G1s (fell in the Champion Hurdle) while JtM has remained fresh and is likely to still have improvement in him. Curious to note the recent stats for both jockeys and trainers - all of them had great Cheltenham Festivals, and have had to revert to the more average horses in between. 14 day strike rates of 0, 0, 3 and 4% can confidently be ignored! Plenty of each-way chances to fill the placings, including Buzz and Song for Someone.

Jason The Militant, Buzz, Song For Someone

Hard to go past Billaway here. Just touched off by Porlock Bay at the Festival, he is reunited with Patrick Mullins here who has been aboard for all of his four Hunter Chase wins. In his last nine Hunter Chases, he has never finished worse than second. Veterans go well in this race so Sametegal is thrown in for second with Risk and Roll for third at a big price.

Grey Diamond sets a strong standard down in the weights after winning comfortably last time at Sandown, Zanza was severely hampered in the Grand Annual and was pulled up. He simply doesn't go at Cheltenham despite connections going there again and again, his last three wins have been at Newbury, a flat left-handed track like this one. He has form around Allmankind and likes firmer ground. Editeur du Gite also brings winning form and a preference for spring ground rather than the depths of winter.

Not a race to get me excited, there could be a couple of very talented mares from what we've seen so far but I'd rather throw a couple of darts for pennies. Mansoline won a bumper at Warwick against the males at 100/1 and the trainer has been quoted as saying there's more to come. Milans Edge won very easily at Wetherby and Miss Lamb might improve for firmer ground after running second to Eileendover in a Listed race at Market Rasen.  Box them all in an exacta and cheer for a boilover.