An intriguing race with plenty of chances, this really has been a great addition to the Royal Ascot programme although I don't see why it needs to be a breeders only contest (no geldings allowed). The colts have dominated in the six editions so far, with only Quiet Reflection in 2016 winning for the fairer sex. This might be the strongest hand the fillies have had so far.

UPDATED at 0930 for expected Soft/Heavy going. 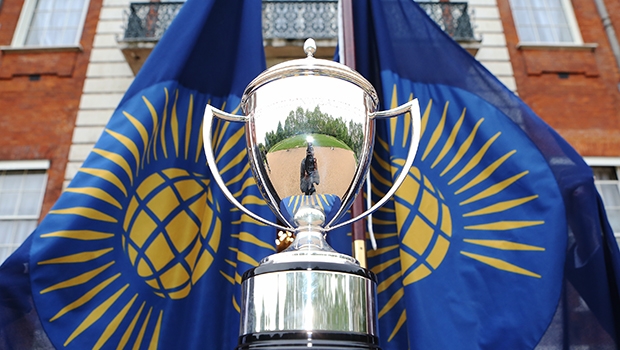 1. A Case of You (15), 19. Mooneista (1) and 6. Laws of Indices (13) finished close together in the Lacken Stakes at Naas, six lengths ahead of favourite on the day, 7. Lipizzaner (12). They say a blanket finish is often a poor form race and think this Irish group are a few lengths shorts of the best of these, although A Case Of You has won three from four in soft going.

2. Diligent Harry (6) NON-RUNNER runs on turf for the first and it's an interesting thread of form. He won the 3yo AW Championships on Good Friday and the start before that he went down a nose to Rohaan, who was off 91 at the time. That horse has since won a G3 and a G2 and has since gone up to a rating of 112. He'd have been a contender in this race - had he not lost his nads. Running on turf for the first time didn't hinder Real World in the Royal Hunt Cup on Wednesday. Sneaky chance.

3. Dragon Symbol (18) tasted defeat for the first time in the Sandy Lane at Haydock, behind the aforementioned Rohaan, on a heavy track. He seemed to run well despite the ground on that occasion and progeny of his sire, Cable Bay, win at only 10% on heavy ground compared to 25% on good-to-firm, so I'm inclined to mark that performance up. Drawn 18, that might just be the place to be. Huge chance to record what I think would be Archie Watson's first Royal Ascot winner.

4. Fivethousandstoone (2) - his only 'failure' was in the Dewhurst behind St Mark's Basilica, weakening in the latter stages of the 7f Group 1. Behind him on that occasion though was Poetic Flare, that's solid form. The King Power Racing horses haven't fired yet this week, could this be the one? By Frankel so you'd assume the rain isn't an issue.

5. Jumby (11) won a deep sprint handicap at Newmarket a month ago, one that has become a hot form race, with third, fourth and fifth all winning since, all horses he gave weight to. On top of that, he gave the second horse a stone on 0.75L margin, Dragon Symbol beat the same horse Jadwal by 5L conceding 6lb. Still a little to find on ratings but trainer and jockey have already been successful with Chipotle this week. His sire New Bay won a G2 on heavy but also flopped in a G1 on the same. As a sire, his figures lean toward firmer ground with a small sample size, but his dad, Dubawi, had no issues with it. Dam raced only on good and was withdrawn on good-to-soft for unsuitable ground. Tricky one.

8. Method (17) finished fifth behind Rohaan and Dragon Symbol in the heavy last time, which can be forgiven, but the time before he ran 3L second on the soft to Winter Power, who was strongly fancied in the King's Stand on Tuesday. Shows promise but needs a step forward.

9. Mighty Gurkha (9) ran second to Diligent Harry in the 3yo AW Championships and then fourth in the Sandy Lane. Probably the most exposed of all with 11 starts, not quite good enough and worst run of his career was on soft.

11. Supremacy (19) - NON-RUNNER star 2yo winning the Richmond and Middle Park but flopped resuming in the Pavilion Stakes here behind Rohaan. The stable later said he had abnormally high white blood cell count, whatever that means, but has blinkers applied for the first time. Drawn well down the stand rail. trainer has expressed concern about ground getting too soft.

12. The Lir Jet (5) won the Norfolk here last season but hasn't progressed. Ran third  in the Greenham behind Chindit in April but then didn't handle the wet in the Sandy Lane, tailing off last. Needs a big PB to win.

13. Campanelle (14) is likely to start favourite but so far 'he of the shiny teeth' has has only managed one second from seven starters this week. She won the Queen Mary (ahead of Sacred) and the Prix Morny (on soft going, ahead of Nando Parrado, Coventry winner) last season, but hasn't raced since ending last season in fourth behind Mother Earth and Miss Amulet over a mile at the Breeders Cup. Have to swerve her at 4/1, if they let her drift, I'd consider getting involved around 6s.

14. Dandalla (21) started her career brilliantly, winning her first three starts, including the Albany by six lengths, but hasn't fired in her last three. Has won on soft but flopped on heavy. Needs to bounce back.

15. Happy Romance (7) - winner of five from 10 but being found out at the top level. Unlikely to be quite good enough. Withdrawn from soft and heavy tracks last season.

16. Isabella Giles (10) won four of her first five starts (including by 7L on soft at Goodwood) but has only run a third from her last four. Drops back to six furlongs but will need to find a lot more. Only Cox runner left in, mixed form in the wet, needs the field brought back to her level to be competitive.

17. Measure Of Magic (16) is an Irish speed machine who has won a couple of Listed races this season, coming from just off the pace and powering home. She could only finish seventh in a 2yo stakes race at her only attempt at 6f (and on soft ground) but she had excuses. I think that was due to hitting the front too early as the field on her side broke up and the Irish apprentice with a 5% winning strike rate zigged when he should have zagged. Drawn towards the stands rail, I think she can give a good sight but concerned if it gets too wet.

19. Miss Amulet had nothing in her favour when beaten nearly 10L in the Irish 1000 Guineas - first up over a mile, in a proper G1 on heavy ground. Forget she ever ran. She won the Lowther, ran second in the Cheveley Park and third in the Breeders Cup Juvenile Fillies Turf, just behind Guineas winner Mother Earth and ahead of Campanelle. She is a very good filly and if you ignore her last run, she'd be half the price at best. But if the ground gets into a similar state, you'd have to be concerned.

20. Sacred (20) NON-RUNNER heads back to 6f after not staying the mile in the 1000 Guineas, finishing seventh, beaten just over 4L. She had looked very comfortable winning the Nell Gwyn over 7f when resuming. Freshening up and reverting to 6f is an angle I like, the Ascot straight is a tough one, it suits those who prefer 7f better than stretching out from 5f, and she went close to beating Campanelle in last year's Queen Mary at just her second start. Draws the outside fence, goes close. No idea how she will go in the wet.

21. Suesa (8) is the wild card in the field, winning four from four in France, all on rain-affected ground from good-to-soft all the way through to heavy. Her two wins this year have been in Group 3s and she has barely raised a sweat to win by three each time. Will be getting more popular all the time as the rain keeps teeming down.

Proper rain is coming overnight which might shuffle things up a bit but the deeper I look, the more I like the French filly, Suesa. A 20-runner field at Royal Ascot will be a harder task than the Chantilly straight but she seems to just be a point-and-shoot proposition, whatever the conditions. I imagine the field will split and she can park off the pace near the inner rail. Dragon Symbol, Measure of Magic, Miss Amulet and Sacred will be up there for the placings, with the latter pair worth a nibble each-way. A Case Of You comes into consideration the longer it rains.