Here we go with the raffle of day three. It's expected to piss down from a great height in thunderstorms on Wednesday night with showers scheduled throughout Thursday and Friday, but that could mean we get anywhere between 5 and 35mm by the first race. The track has been hard and fast on the first two days so you'd think it'll take a decent amount of rain to really move the gauge to the extent it starts hampering the chances of some runners. However I do think it will throw all draw 'bias' out the window.

UPDATE 0830 - only 2.4mm of rain overnight which is about as much as they used to water the course after day one. Good to firm it stays! 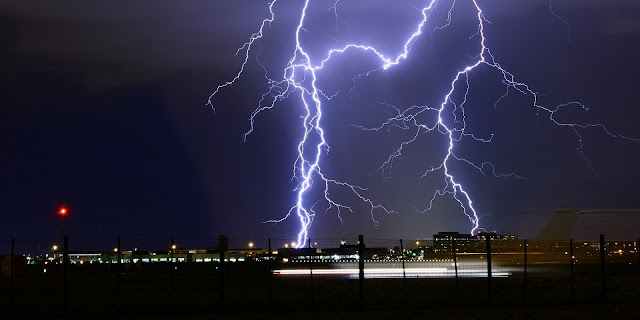 Confidence levels low until we see what the track looks like around 2pm, and with that, a disclaimer that what appears below may be substantially different to my final bets should the weather and racing pattern be a stark change from a gentle change I have worked on. (UPDATE - no change in selections, but confidence kept in reserve until TV coverage confirms conditions).

Tough race full of lightly-raced colts and geldings. Wesley Ward has two in the race but his crew haven't been firing so I'm happy to swerve them. Down the bottom, I'm interested in GBP210k breeze-up purchase Twilight Jet. Last time out he struck the firmest surface of his career (yielding), dropped back to 5f and put in a substantial career best. He'll be a decent each-way price. Second Wind has shown plenty of fight winning both starts so far, including the latter with a 7lb penalty, and Go Bears Go recorded a solid RPR on debut here in May. With the Loughnane stable firing after taking the 1-2 in the final race on Wednesday, he's sure to have a solid chance.

Mohaafeth will be all the rage here if the rain misses Ascot, but am expecting him to be a NR in the morning. (UPDATE - looks likely to start now but happy to swerve him at the price anyway). The Godolphin pair look to be next best on established ratings, One Ruler has finished sixth in both the 2000 Guineas and the Derby and faces a much easier task here. His best last season more than offsets the 4lb penalty he carries. Secret Protector has run second to Highland Avenue and Mohaafeth in his most recent starts, and looks capable of more. Movin Time and Roman Empire will be in the mix based on their last runs in May but one at odds for third is Notre Belle Bete. He was beaten only 4.5L by Poetic Flare on debut back in April at 150/1 and might throw some value into the exotics.

There are two main form races for this, the Oaks where none of them got within a bull's roar of Snowfall, and the Listed Haras de Bouquetot Fillies' Trial at Newbury. Outside of that, we have Noon Star, the sister to Frankel, and one from right field I give a shot to, Annerville. This filly looked a good thing beaten at 40/1 on debut in a Leopardstown maiden, and followed that up with a comfortable win by 3.25L a month ago. At 25/1, I think she is worth a shout, although no winner has started bigger than 10/1 since 2006. All of the first four in the Newbury race were having just their second start, and significant improvement is to be expected.

Rain, hail or shine, Stradivarius sets the standard and looks very hard to beat again going for his fourth win in the race. Last year we were worried about the rain and he destroyed the field. Happy to put a line through his blot on Champions Day, he ran up to last year's lead-up standard by winning the Sagaro six weeks ago to suggest all is well again. Trueshan must be considered after winning the Long Distance Cup on Champions Day and Spanish Mission put in a career best winning the Yorkshire Cup a month ago.

One of the toughest handicaps of the week with six winners in the last 14 starting at 20/1 or higher. Any number of chances here but I'll start at the bottom of the weights. John & Thady Gosden run several but the one catching my eye is Emperor Spirit. His career began with three starts on the AW late last year, and notably he tidily defeated a horse called Inigo Jones at level weights in December. That horse has since won, and then ran third to Mohaafeth and Secret Protector (both in Hampton Court Stks) and is now rated 96, 8lbs above Emperor Spirit today. Confident there is plenty more to come from this colt.

One for the inside rail - Aerion Power. A King Power-owned colt for Sir Michael Stoute, he has won three in a row and last time beat a horse named Willyorwon't He who has since won and then run second to Air To Air, a popular tip for this contest. Aerion Power gave Willyorwon't He 12lb in his victory, while Air To Air conceded just 2lb, but looking to have more in hand. At three times the price, I'd rather take the Stoute colt.

Down the outside, Raadobarg is rapidly improving for Roger Varian. Three wins in a row for this son of Night Of Thunder may not be the end of his run.

Keeping it simple, I quite fancied Sir Lamorak early for the Derby only for the stable to stick all its eggs in the Bolshoi Ballet basket. He'll probably go off favourite here which is a slight concern, only one outright and two joint favs have won this race since 2003. Also against him is that 15 of the last 18 winners have carried 8st13 or less. A little further down the weights is Kondo Isami for Mark Johnston. He gave Tashkhan 12lbs and beating him a nose at York when resuming, and followed that up with a narrow second to the swooping Dancing King at Doncaster. First Light looks very talented after winning his turf debut by 12L and Surrey Gold down the bottom bolted in last time at Newbury.

Another tough handicap to close the card. Persuasion for Charles Hills looks the right type for this race, he won a Class 2 Hcp at Haydock six weeks ago, defeating the handy Dulas after giving him 13lbs. Aldaary was undefeated before his third at Goodwood when beaten by an improving on-pacer who had a 19lb advantage on him, while Shelir throws up a decent run from time to time in big handicaps, a big price is likely.

Prepared to sit on these until I see the state of the track, but likely to have small level stakes across the top picks all day.