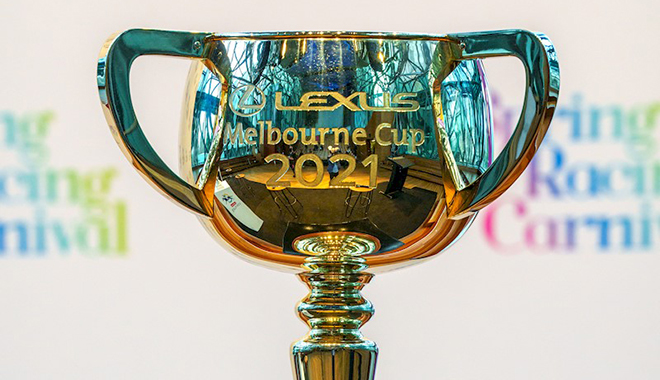 It's a funny Cup this year, with the world still dealing with (hopefully) the backend of a pandemic and the tighter veterinary regulation over imported runners, we have a largely Australian-trained field with just a handful of exceptions. Many locals will love it, "the form is easier to read", others will hate it "it shows just how bad our depth of local stayers really is" - either way, just deal with it and get on with finding the winner!

The favourite Incentivise bids to be the first horse to win the Cups double since Ethereal in 2001 but the horse everyone keeps comparing him to is Might And Power in 1997 who won at Caulfield by a street, then literally fell in by a nostril at Flemington when Greg Hall famously thought he'd won on Doriemus.

With the favourite at around 6/4, for most punters it will come down to a simple for or against Incentivise. But don't forget there's plenty of money to chase in the exotic pools, even if the favourite does win.

Now a 9yo in Aus time, history against etc., but Joseph O'Brien has thrown away all the rules and trends books. We hadn't seen an 8yo win since 1938! Ran 3rd in Irish St Leger last year leading in, this year 2nd in a 4lbs better performance according to Racing Post Ratings, also a career best. Won last year via a daring ride from Jye McNeil where he ran them into the ground in the fastest time since 2002. A hard, dry track will not scare him. The rabbit's out of the hat now but there aren't a swag of internationals to take him on at his own game. He couldn't...could he?

Freak. Destroyed them in the Caulfield Cup, showed he didn't have to lead by parking on the pace, cruising up wide at the 1000 and bolting away in the straight. Has passed every test thrown at him this year with flying colours. Breeding doesn't scream out needing an extra 800m but he hasn't been stopping at the end of his 2400/2500m races - he's won 3/3 over that range by a collective 25L! Entitled to be this price, barring accidents, they'll need to be very good to stop him.

3 Spanish Mission
Age & sex: 6h (by Aus timing, NH 5yo)
Barrier: 14
Breeding: Noble Mission - Limonar (Street Cry)
Trainer: Andrew Balding
Jockey: Craig Williams (won 2019)
Weight: 57kg
Career Record: 18:6-4-3
Prizemoney: $2,092,657
Best performance: Won 2021 Yorkshire Cup, G2, 2800m
Previous Cup starts: none
Last run: 2nd Lonsdale Cup 20/8
Odds as of Saturday night UK time: 7/1
Needed multiple vet inspections to be passed fit to run, not a great sign, but apparently it was just a skin infection. Not convinced on the hype about this horse, he's an old school UK stayer wanting at least two miles and unless Twilight Payment really strings them out again, I doubt he gets that. This time last year he was beating Selino, Sydney Cup winner, at Doncaster. Some concern about racing in a big field, best results so far have been in smaller fields (which tend to be the norm in British Group staying races). Happy to oppose.

Star mare who was a huge run last year running on late for 7th, dispelling any distance doubts. Essentially the same campaign as last year, but swapping a Caulfield Cup win for a third in the Cox Plate. Carries a very good horse's weight now, into Makybe Diva territory for a mare, but she's earned it, albeit at 2000-2400m instead. Jockey on fire at the moment, rode four winners on Derby Day.

Resented racing inside horses after drawing the rail at Caulfield. Triple Derby winner last season, distance should be no trouble but inside gate again is the worry. Hasn't run a place in three starts this campaign (all from inside gates). Does have the flying Irishman John Allen aboard who has won the Cox Plate and the Derby in the past 10 days.

Disappointed at Caulfield but had synthetic hoof filler applied which is never a positive. Jockey reported he overraced and never settled. Went for an outside run rather than stay inside as She's Ideel did from alongside him and didn't run on. Lovely draw to take a position and go to sleep for the first 2400m if he's back to the form he had pre-Caulfield. Blinkers come off.

Drew wide, went to lead at Caulfield and couldn't handle the pressure, not helped by one-week backup. Was mighty impressive in the Herbert Power before that. Rested up now and better drawn. Forgive last time? That was only his second run on a wet track and has been terrible each time, so perhaps it wasn't just the race pressure which beat him. Needs to jump well from gate three or he gets smothered up and loses any advantage in his free-running style.

8 Ocean Billy
Age & sex: 6g
Barrier: 13
Breeding: Ocean Park - Cool Storm (One Cool Cat)
Trainer: Chris Waller
Jockey: Damien Thornton
Weight: 53.5kg
Career Record: 25:7-1-1
Prizemoney: $547,720
Best performance: 2021 Auckland Cup
Previous Cup starts: none
Last run: 9th Caulfield Cup 16/10
Odds as of Saturday night UK time: 100/1
Gets out to right distance, midfield at Caulfield looking for further. Won't be stopping, won the Auckland and Waikato Cups last summer, it's just a matter of whether he's fast enough to repeat that in this class. If you want to throw in a roughie to run third or fourth for exotics, he might be the one.

9 Selino
Age & sex: 6g (by Aus timing, NH 5yo)
Barrier: 24
Breeding: Champs Elysees - Air Kiss (Red Ransom)
Trainer: Chris Waller
Jockey: Ron Stewart
Weight: 53.5kg
Career Record: 20:3-5-2
Prizemoney: $1,481,470
Best performance: Won 2021 Sydney Cup
Previous Cup starts: none
Last run: 15th Caulfield Cup 16/10
Odds as of Saturday night UK time: 66/1
Sydney Cup winner better suited at this trip, having two wins and three seconds from six starts beyond 2800m. Last year in the UK he twice ran second to Spanish Mission at level weights - which either means he has loads of improvement ahead of him, or the second favourite is over-rated! Did nothing at Caulfield (wide gate) and hard to believe he'll be more competitive here based on that performance unless you give enormous weight to his ground preference. He rounded the field to win the Sydney Cup comfortably at 25/1 for this jockey on a good surface, with lacklustre form in all previous Aus starts (all on soft ground). This time in, fairly ordinary but his best run was in the Bart Cummings (5th, beaten 2.05L) on the driest ground of this prep, excluding first-up at a mile, the shortest race of his career. Drawn the outside but it's scheduled to be 30C on Tuesday with no rain between now & then. Perhaps there is due cause for a shock. Also has blinkers on for the first time.
10 Johnny Get Angry
Age & sex: 4g
Barrier: 22
Breeding: Tavistock - Luminova (Zabeel)
Trainer: Denis Pagan
Jockey: Lachlan King
Weight: 53kg
Career Record: 11:1-1-2
Prizemoney: $1,268,675
Best performance: Won 2020 VRC Derby
Previous Cup starts: none
Last run: 12th Geelong Cup 20/10
Odds as of Saturday night UK time: 80/1
Marvellous story to win the Derby last season for hobby trainer and ex-AFL Premiership coach. That's his only career win to date! But that was then, this is now. This campaign, he's going terribly, beating only four horses home in four starts since that Classic win. At last two starts, the jockey has reported potential breathing problems. You'd think that would mean straight off for a wind operation rather than pressing on with the campaign. Clear favourite to run last.
11 Knight's Order
Age & sex: 7g (by Aus timing, NH 6yo)
Barrier: 9
Breeding: So You Think - Lamanka Lass (Woodman)
Trainer: Gai Waterhouse & Adrian Bott (GW won in 2013)
Jockey: Daniel Stackhouse
Weight: 53kg
Career Record: 21:7-0-2
Prizemoney: $473,501
Best performance: Won 2021 Brisbane Cup
Previous Cup starts: none
Last run: 7th Hotham Hcp 30/10
Odds as of Saturday night UK time: 200/1
Won the Brisbane Cup in June, but that is nothing like this level. Beaten a long way in the Hotham after leading on a hot pace, suppose that tightens him up for Tuesday but simply not in this class. Ran 4th in the plodders race on Cup Day last year, should have been there again.
12 Persan
Age & sex: 5g
Barrier: 11
Breeding: Pierro - Ofcourseican (Mossman)
Trainer: Ciaron Maher & David Eustace
Jockey: Luke Currie
Weight: 53kg
Career Record: 27:7-5-3
Prizemoney: $1,404,721
Best performance: Won 2020 Bart Cummings/ 3rd 2021 Caulfield Cup
Previous Cup starts: 5th 2020, 40/1, 2.45L
Last run: 3rd Caulfield Cup 16/10
Odds as of Saturday night UK time: 25/1
Solid local stayer, nice third at Caulfield albeit 5L behind Incentivise, sticking on after a strong pace when he eyeballed Delphi in the lead, forced that one (second fav) to melt under the strain, . That's a higher level of form than coming in last year when he ran fifth, beaten less than 2.5L and reported feeling heat stress afterwards. Going very well this year, his 'worst' performance of the year was in the Turnbull, his first try at 2000m G1 (Set weights & penalties). Each-way chance.