I love this meeting, on a big, wide open track. None of this up, down and loop-the-loop rubbish like at Goodwood. Best of all, it's less of a bloody rip-off too. I can't make it this year unfortunately but if you've never been - put it on your list. It is a wonderful track, especially at the Ebor meeting. Remember this is a World Pool meeting, so get on board with the Tote for the enormous pools, especially in the exotics. 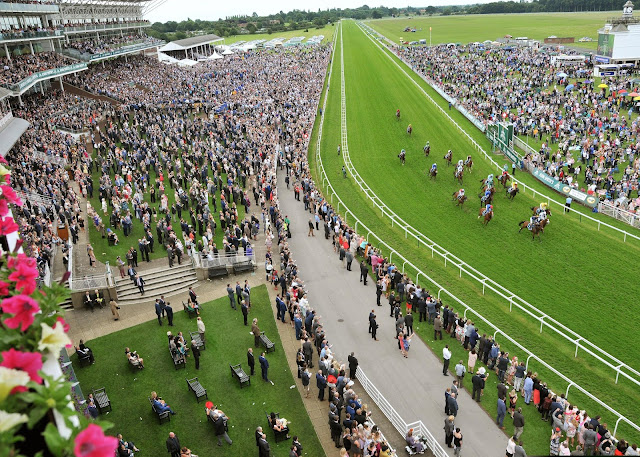 So let's kick off with a nice, easy 22 runner sprint! 9/1 the field at time of writing so obviously cases to be made for many. Line up a couple and don't go overboard in the first of 28 races for the meeting.

Dakota Gold won this race off 104 back in the pre-pandemic era in 2019. Last year he tried his luck in the Nunthorpe and wasn't disgraced, now he's back to big handicap level which is ideal for him. He has won six from 12 at York, and his jockey Connor Beasley is king of the sprint handicaps, winning 9/33 in 5-7f handicaps, worth >£30k and with >14 runners since 2016. Nobody else comes close and he was aboard Dakota Gold's brother Commanche Falls in winning the Stewards Cup at Goodwood three weeks ago. Ancient Times is flying this campaign with straight wins at Doncaster and Musselburgh, before just failing at Newmarket. He drops to the bottom of the weights here and should be suited right up on the pace.

Local Dynasty won very easily on debut, and that was after getting loose and playing up pre-race. Just imagine if he'd been calm and ready... Exceptionally bred, has all the right future entries, obvious favourite. Chaldean for the Balding stable looked impressive winning a novice at Newbury recently, beating three subsequent winners. The son of Frankel relished the step up in trip on that occasion and Ryan Moore takes over from David Probert. Mill Stream went close behind the highly-rated Noble Style at Newmarket last time and Jane Chapple-Hyam's runners are flying this season.

Good race this, can make a case for all of them. Aikhal took on the older brigade in a Group 3 last time and ran away from them, hinting another furlong will only be in his favour. He'll need to be top of his game to beat the likely favourite Secret State who has won his past four starts, including rich 3yo handicaps at Royal Ascot and Glorious Goodwood. Throw out the form on undulating tracks for Grand Alliance and he's in with a shot here at big odds.

Baaeed to bring up his tenth win from as many starts. Only does what he has to, just like his sire Sea The Stars, but he is a dead-set superstar. For some value in the placings, Dubai Honour and High Definition might poke their nose into the frame.

A tricky stayers' handicap with a big spread in the weights. Alfred Boucher has gone close at his last two starts and conditions look just right for him here. He steps back up in trip, meeting Soapy Stevens 6lbs better for 1.5L defeat, switches to a wide, open track rather than quirky Chester, and gets Will Buick to ride. The aforementioned Soapy Stevens has finished in the first four in his last six starts while Master Milliner is shooting up the weights after recent wins at Kempton and Goodwood, and has a great record here  (3:2-1-0).

This could become a Nick Bradley Racing benefit with five fillies entered in this £100k Fillies handicap but it's far harder than that. Fast Response has run cracking placings at her last two starts, behind Intrinsic Bond who won the Great St Wilfrid at Ripon on Saturday, and the very consistent Silky Wilkie (and Kimngrace who has a formline through Sandbeck). Back to fillies' class and drawn close to the pace, she looks a great chance at around 11/1. Sophie's Star lost the saddle and the rider at Goodwood last time so you can wipe that one from the memory. Two starts before that she ran 3/4L behind Guilded (another Nick Bradley filly) in a Listed race at Ayr. She meets that horse 7lbs better here before the claim of Jonny Peate, so 12lbs all up. Attagirl drops substantially in grade here back to fillies' class and she won a Listed 2yo race at this meeting last year.

A £100k Nursery to finish the card and this is bloody tough. Braveheart Boy won a novice at Pontefract last month after being in a duel for the last two furlongs. Love horses with that level of grit and determination. He's drawn the outside rail, watch for any draw advantage throughout the day, most of my straight race picks have been middle-to-grandstand side, if the advantage of the other side then adjust bets accordingly. Drawn nearby is Kuwait City who ran in the Windsor Castle, splitting Silencer and Ramazan, who are heavily favoured here in comparison. Kuwait City hasn't run since to frank the form, but is 4 or 5x the price. Worth a look. Streets of Gold looks a decent type winning his two starts to date while Rogue Spirit is a little more exposed than most of his rivals but gets the services of a very talented apprentice in Conor Planas claiming 7lbs. But they are just some of many chances here.

Lots of exotics and nibbling big prices in the Tote world pool, not nailing my flag to any particular selection. Probably Aikhal for a best bet if pushed, level stakes the rest.