Renowned as the greatest day on the Aussie racing calendar, that moniker has been under threat in recent years as the VRC has sought to spread the quality over the four days of the Cup carnival and rearrange the schedule a bit. Not sure I'm in full support of that but the fields this year have held up well.

The big concern this year is the weather - the east coast of Australia has been copping constant rain for weeks now, you will have seen the floods and the devastation behind it on TV. Flemington traditionally drains well due to its sand profile but that's when the water has somewhere to go. It's saturated at the moment and while getting into the Heavy 9/10 range is unlikely, it also means a fast recovery to a firmer surface is just as unlikely. Tread with caution! 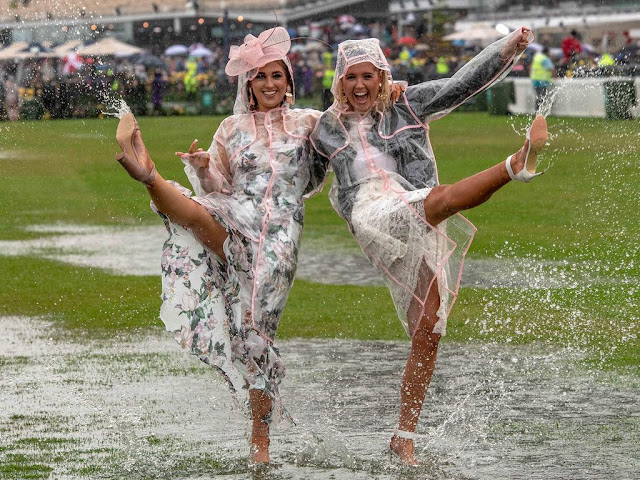 Ratings based on Soft 7/Heavy 8, improving through the day. Flemington traditionally drains very well, but there's been plenty of rain in the last few weeks.

Pungo, short-priced Waller favourite, ridiculous unders. Might win but hasn't yet got the form to justify the price. Avoiding the topweight as well.

Not that keen to get involved but would be betting around the favoured pair.

This is a Win & You're In race for those entered but not yet qualified Cup, so Chapada, Interpretation, Serpentine and Schabau will be desperate to win. But only Interpretation has any form worth worrying about. Alegron (a run short, needs another run), Crystal Pegasus (hopelessly out of form)  and Realm Of Flowers (now guaranteed a Cup start after scratchings on Friday, may scratch) are already in the Cup field - how hard will they try with Tuesday in mind?

Lot of duds in here, narrowing it down to SUREFIRE and Interpretation, leaning to the former.

THE ASTROLOGIST loves the straight track, drops in class. Will want it back to Soft by race time though. Beau Rossa didn't come up last campaign but has trialled well in readiness for this. Watch for Triple Missile flying home from the back while Curran had no luck last time.

No better trainer of 3yo fillies than John Sargent, trust him with SO DAZZLING. As Time Goes By is ready the step up in trip being by Deep Impact, while Whakamana is the one to look at if they are running on.

Sinawann is the class horse of the field but gate 14 before scratchings is not the place to be over this course & distance. Catalyst had excuses post-race last time, showed glimpses of his best previous start. PRINCESS JENNI goes well and loves the mud, Lord Vladivostok might be a decent price down the bottom. Turaath & Old Flame look too short for me.

Cracking race once again. Jacquinot lines up for his third 'Grand Final' in six weeks, that's bloody hard to do, even for a potential superstar. Ran home late in the Everest. Buenos Noches was beaten a lip by Giga Kick last start, and that horse went onto win the Everest. Coolangatta beat Bella Nipotina last start and she romped home in the G1 Manikato last Friday. In Secret is the new boom filly from Sydney, was just beaten by Jacquinot in the Golden Rose. And numerous other chances as well behind them. Expecting a pace battle up front.

Going with BUENOS NOCHES, reckon he's only that price because he is in a lower-profile stable. Loves the straight, will be charging home late. In Secret parks just behind the pace while Lofty Strike could run on late at big odds.

Melbourne v Sydney form here, do we go Berkeley Square & Mr Maestro, or the Spring Champion winner Sharp 'N' Smart? This is a rare strong edition of the Derby. Have to go with the experience of Graeme Rogerson and the dominance of James McDonald on SHARP 'N' SMART. He's had seven starts and never won or lost by more than a length - don't expect an easy ride watching! Berkeley Square will be hardest to beat while a couple of roughies to throw in the exotics are Berardino (worst ground and not a very wise ride last week) and Lehndorff.

This Kiwi mare LA CRIQUE looks a freak, won't be getting rich from her. The only 3yo in the field, She's Licketysplit gets a huge weight advantage here at WFA, and over the years, that has proved very effective. Belle Plaisir might be the value, didn't have much luck last week in a $2m Sydney race.

ISOTOPE is a Group 1 horse dropping in grade. She's much better than her last two runs, and should be able to show it in this class. Written Beauty has the Waller/JMac touch and can park behind the pace on the stand side wing. Enchanted Heart loves the wet if it keeps raining, while Asfoora sets a high level as favourite.