Will restrict the deep dive to one race a day, quick summary of the rest of my day one thoughts... 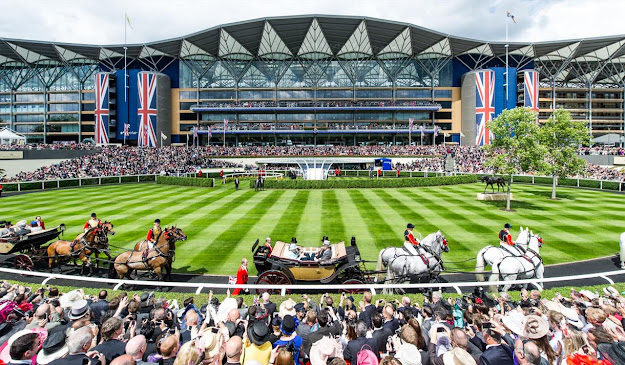 It won't look anything like this in 2020!
Buckingham Palace
covered in detail here
Queen Anne
Could this be as simple as Circus Maximus or bust? Came back from the Derby last year to the mile to win the St James' Palace last year, ran second to Too Darn Hot in the Sussex and won the G1 Prix de Moulin in September. Think he has a bit on these at his best, but without a lead-up run, there's always that doubt. Accidental Agent won this two years ago, then refused to race last year. He's had the snip over the winter and Eve Johnson Houghton is said to be very happy with him. Mohaather is very lightly raced and highly regarded, while the two mares at the bottom, Billesdon Brook and Terebellum, will be competitive.
Ribblesdale
Frankly Darling was mighty impressive winning at Newcastle and is the pick of the Gosden trio. Plenty more to come from her with only two starts under her belt. Miss Yoda did plenty wrong at Lingfield and still won, while Trefoil finished third behind another Gosden filly Run Wild at Newmarket recently. You'd assume she'd need to improve to beat the favourite but the extra ground will be in her favour.
King Edward VII
Mogul should be too good for these but small field, not the prime target for all of them. Trainer said in his ATR Stable Tour that "he'll probably need his first run... he's made more like a miler but we always thought he'd stay a mile and a quarter and hoped he'll stay a mile and a half." Wouldn't be getting too excited about the odds-on. Might be a lay rather than focusing specifically on any rival.
King's Stand
This will be Battash or bust. He's a flying machine but has too many things which can go wrong with him. The lack of crowds must aid his cause but at odds-on, nahhh. Always been a fan of Liberty Beach, ran fourth in the Queen Mary last year, winning her group down the wrong side of the track, and won first-up in a Listed race at Haydock. Will come on for that run, looked too fresh.
Duke of Cambridge
John Gosden declared Nazeef his best chance of the week so that's just about enough to put her in as a moral however... Wasmya was unlucky last time against the very handy French filly Spinning Memories, and trainer Francis-Henri Graffard won the G1 Coronation Stakes here last year.
Ascot Stakes
Zero interest in a jumpers' flat race.