Notes from day one - the grandstand rail is perceived to have the advantage, watch for horses on that side to bet overbet in places. Expect draw results to spread out tomorrow. A tough day, more handicaps, just the single G1 and clear favourites I'm not that excited about.
Day 1 ledger - in profit from Poetic Flare but didn't go close with anything else. 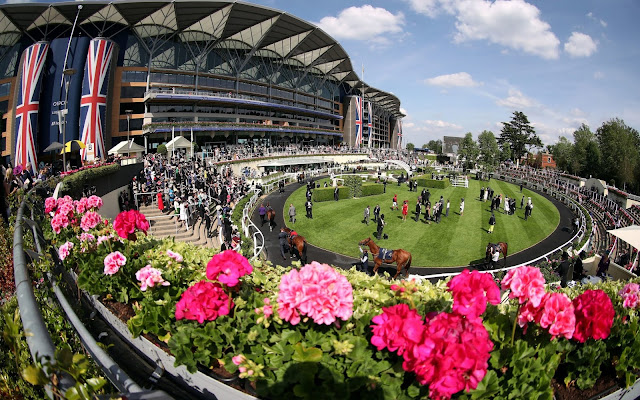 1430 - Queen Mary Stakes
full detailed preview here
1505 - Queen's Vase
Intriguing race regularly won by Aidan O'Brien, Mark Johnston or Sir Michael Stoute, although the race was shortened to 1m6f after a 33/1 shot Sword Fighter took the prize in 2016. Every winner bar that one since 2002 has been 7/1 or shorter, with favs winning 8/18.
Wordsworth is a brother to Kew Gardens who won this three years ago and will set a high standard, but two other colts caught my eye. Stowell was the horse which earned Rab Havlin a lengthy ban for trying not to beat the stable favourite in that race at Lingfield, and then followed up with a win here just over a month ago. Ruling has been racing against The Mediterranean, who went for the King Edward VII Stakes instead, and should enjoy the step up in trip. Interesting to note that Joseph O'Brien is yet to land his first winner at Royal Ascot.
RULING, Wordsworth, Stowell
1540 - Duke of Cambridge Stakes
This race revolves around Lady Bowthorpe, who ran 1.5L second to Palace Pier in the Lockinge, after winning the G2 Dahlia at Newmarket a fortnight earlier. They've been the best two runs of her career, and taken at face value, she has every right to continue at that level. Last season however, she won twice from six starts, claiming a C4 handicap and a G3 mile here on the round track. She's very good but she has only ever started 2/1 on one other occasion, winning for the first time at Lingfield - I just have to oppose her on price.
Double or Bubble looked like she could be anything winning a C2 handicap by nearly 4L at Newmarket when resuming this season, at just her fourth start. This is a steep rise in class but outside the favourite (at her best), the others aren't stars. She wants firm ground (twice scratched on soft), Exceed and Excel's love the straight and going up to a mile should only be a positive. Queen Power pushed Lady Bowthorpe to a head at Newmarket (Lavender's Blue a neck further back), and will run her usual honest race.
DOUBLE OR BUBBLE, Queen Power, Lady Bowthorpe
1620 - Prince of Wales's Stakes
A great three-way battle here between last year's victor Lord North and the two-pronged Coolmore attack from Armory, second in the Cox Plate, and last year's champion filly Love. A tremendous race to sit back and watch. For the sake of being a contrarian, I'll take Armory to step up and make this very interesting.
ARMORY, Love, Lord North (NR)
1700 - Royal Hunt Cup
Typical wide open Hunt Cup with cases to be made for just about the lot as well as reasons to oppose. Just the one favourite has won in the last 19 editions, with winners often in the 20-28/1 bracket. Will take one on each side - Beat Le Bon and Brunch, keeping an eye on any market moves on the day.
BEAT LE BON, Brunch, Layfayette, Ouzo, Bugle Major
1735 - Windsor Castle Stakes
Ruthin looks like a machine and might just blow them away. Has Frankie aboard, five furlongs, a weaker target and the same ownership as Campanelle who won the Queen May last season. Tipperary Sunset goes quickly and finds under pressure, a great asset in a big field. Dig Two has speed to burn while Guilded ran well in the Hilary Needler last time out and Nick Bradley Racing had a 50/1 shot run second on opening day.
RUTHIN, Tipperary Sunset (NR), Guilded, Dig Two
1810 - Kensington Palace Stakes
Dalanijujo won first-up at Yarmouth recently after running well without winning in some decent filles' handicaps last summer. Down in the weights I think she has a good chance at odds here. Declared Interest won easily at Leicester a fortnight ago, and looks the type ready to take on stronger opposition. Last time here in September, she ran third to Dream Loper beaten 2.5L. She receives an extra 5lb from that rival today. Dream Loper and Lights On rate as solid chances higher up in the weights.
DALANIJUJO, Declared Interest, Lights On.
BETS
Eve Lodge 1pt EW 12/1 NR
Ruling 0.5pt EW 10/1
Double or Bubble 2pts EW 9/1 (price long gone, suggest Win only at 5/1, and no shorter)
Dalanijujo 0.5EW 20/1
maybe Ruthin depending on price